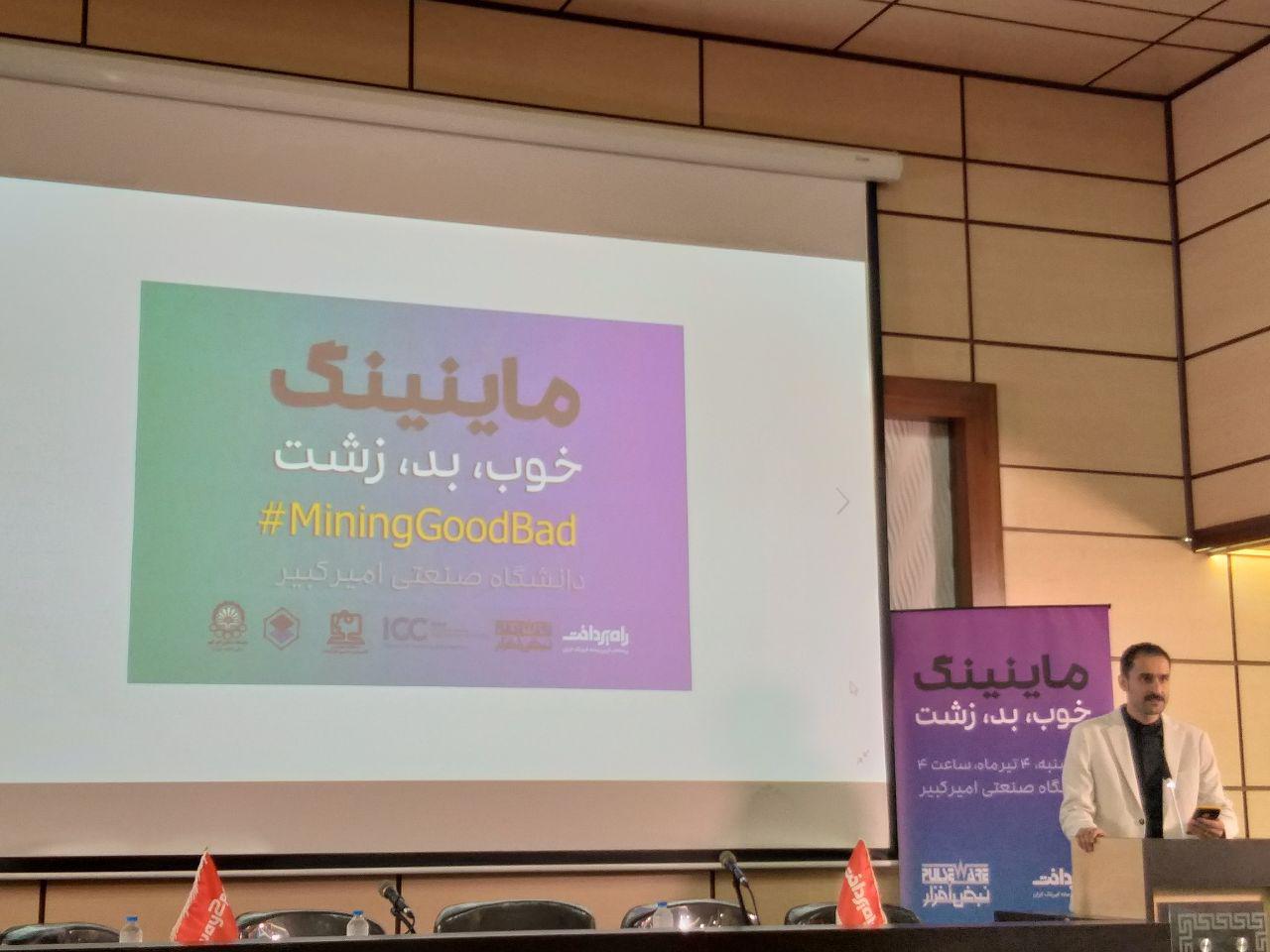 According to coiniran, The “Mining: Good, Bad, Ugly” event was held at Amir Kabir University of Technology (AKU the place where I graduated from many years ago and I love it so much) on June 25, 2019, by the “Rah-e-Pardakht” (Way2Pay) news media.

The speeches were very challenging, and a number of blockchain and cryptocurrencies activists spoke about, including:

The subject of the event was about the mining industry in Iran and its disadvantages and advantages, which some of the speakers agreed and others opposed. 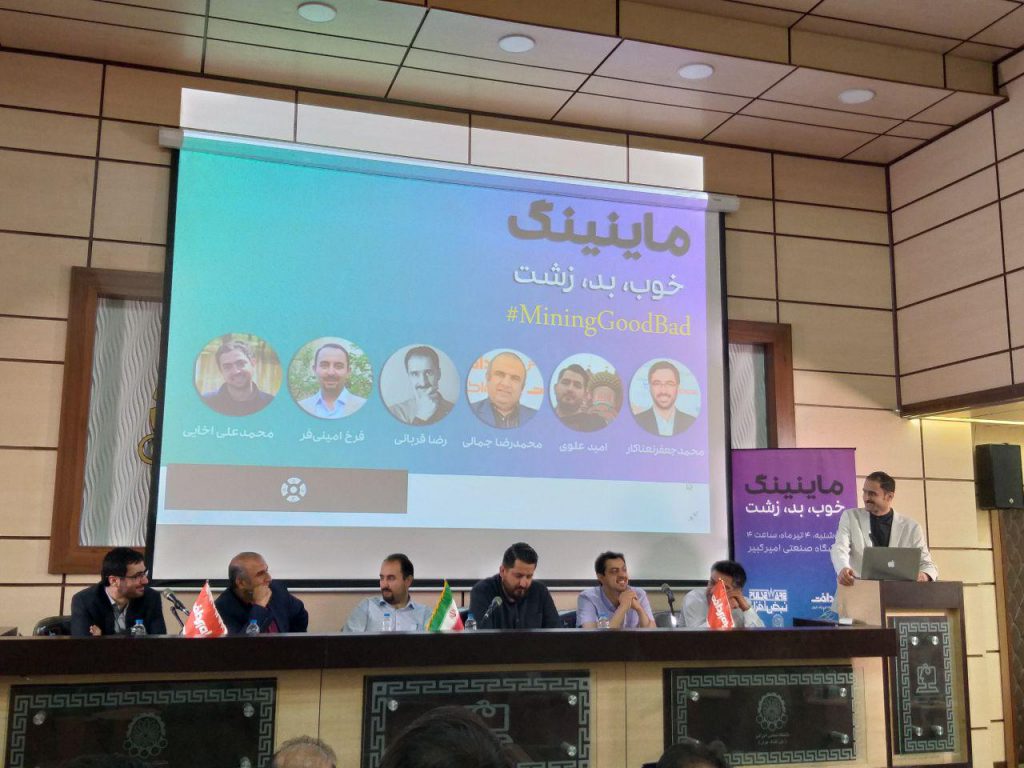 Masoud Zamani, director of the Office of Systems and Methods of Fanap holdings said that the energy is a $6 trillion industry.

“About eight years ago, energy was found to have moral and social dimensions and many look at it with this opinion”

He continued to provide statistics on the cost of generating electricity in different countries and said that in terms of solar energy, there is a very good situation in Iran and emphasized:

“The weakest part of our country is more sunny than the sunniest spot in Germany.”

Mohammadeza Jamali CEO of Nabzafzar said in his speech: “The mining fever” he is not opposed to this industry, but opposed to its business model where it has no specific legislation to finance it.

According to Jamali, Bitcoin or mining is not a problem, but the absence of regulatory will make trouble. He said that for mining a Bitcoin 55 Megawatts of energy is needed with regard to the 30% efficiency of power plants and transmission lines, in order to achieve a Bitcoin, there is a need to use 107 bpd of oil and 15,000 cubic meters of natural gas to produce a Bitcoin.

Mohammadjavad Samadi Rad CTO of Kuknos, pointing out that the miners’ rate of income is due to two factors of mining rewards and transaction fees, explained:

In Bitcoin and blockchain space the transaction fee is important and in long-term it covers the costs of mining because the block reward is decreasing continually by time.

He emphasized that we are demanding that we trust the service. This service costs. So mining is the cost of trust. He said:

“The energy index in mining should be corrected. Nearly one-third of the world’s electricity is used for Bitcoin mining with 48% performance. It shows that miners are looking to improve the mining tools.” 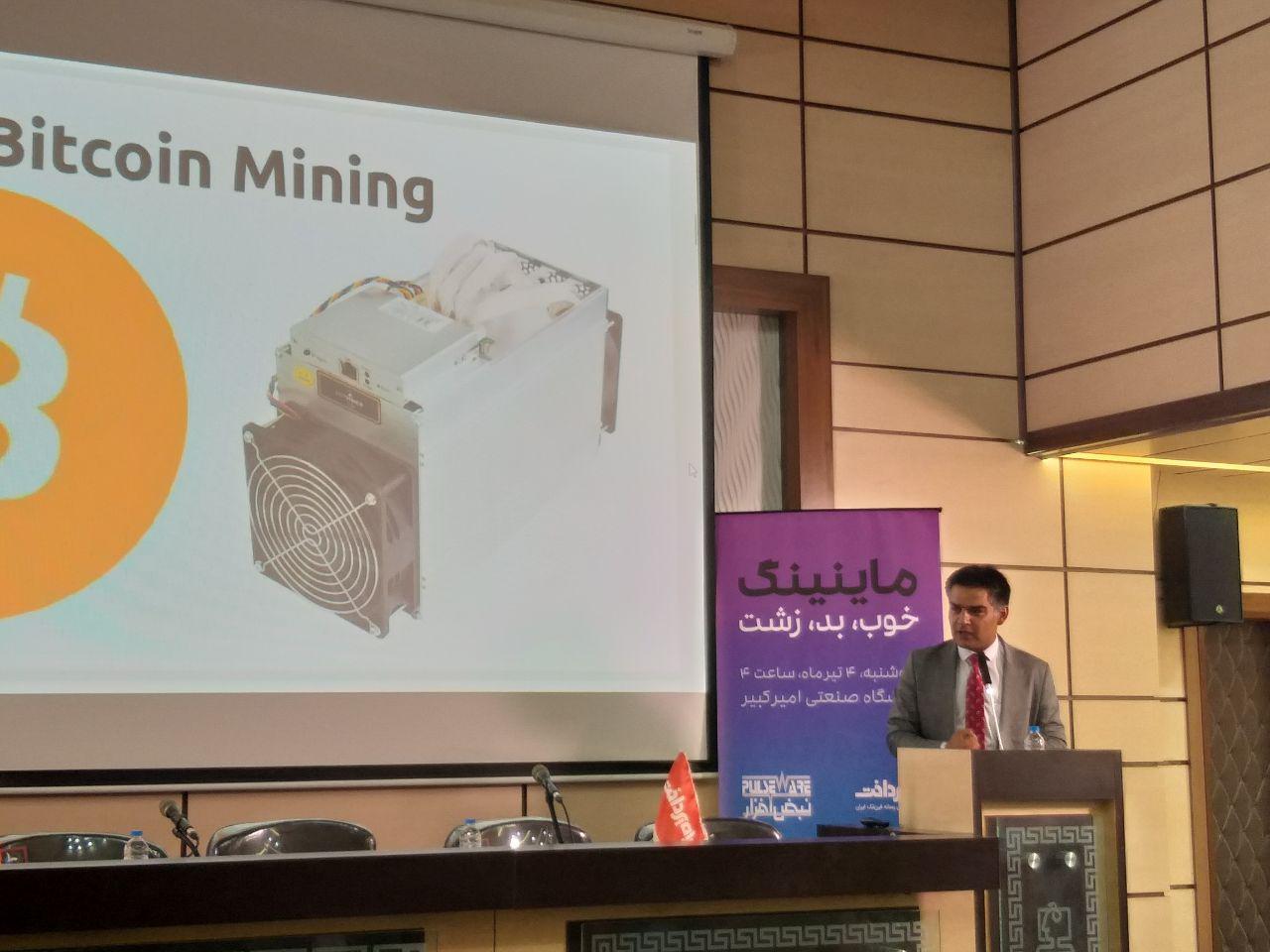 Soheil Nikzad member of the board of Iran’s blockchain community and one of the serious supporters of mining started the challenge with his speech. He said there is a very unstable situation in Iran for miners.

“When we give electricity with subsidies to produce aluminum or automobiles, give it to Bitcoin as it can be sold and converted to currency, and it is not harmful. If we manage the electricity in the country as well, we do not need to ban mining.”

Omid Alavi one of the panelists said that the statistics mentioned for mining costs cannot be deduced because it depends on the cost of the device, and so on. Due to the low costs in Iran, we have a lot of opportunities to attract foreign capital. 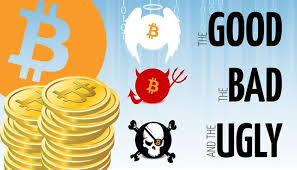 It should be noted that there are still no clear provisions for mining industry in the country, and recent decisions to ban mining and the use of cheap electricity for this may be temporary. What is clear is that the government does not have a definite position in this regard, and statesmen need to have a thorough knowledge of the industry before they make a decision.