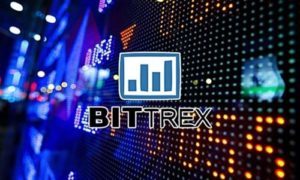 Hundreds of Iranian users have reported to Coiniran that since last month, Bittrex has disabled their accounts without a former warning. Furthermore, it seems that they have also banned Iran’s IPs. Until recently, Bittrex has been allowing Iranian users to create wallets through its platform.

Regarding the fact that this US-based exchange should comply with USA’s regulations, deactivating the Iranian accounts may be considered as a result of a recent compliance review as they have claimed it is so. However, a caution is nowhere to be found (terms and conditions’ section in specific) to warn Iranian about the prohibition. They have not updated their ‘terms and conditions’ since April 2015.  The victims consider it as an irresponsible action. Furthermore, Bittrex does not seem to be committed to respond to the tickets sent by the users. Even worse, they have removed the comments containing complains in their social media like Slack.

However, in ‘terms and conditions’, Bittrex has vaguely reserved the rights to restrict services for some countries and even some US states:

“The Services are intended solely for users…. (d) are not located in, under the control of, or a national or resident of (i) any Restricted Locations, or (ii) any country to which the United States has embargoed goods or services”

However, it remains a reasonable question that If the exchange, for any reason, is not able to provide services to some countries, then why they allow such people to create accounts at the beginning. When creating account, they could simply notify that people from these countries are prohibited or restricted from utilizing Bittrex services.

No matter what their new policy is, Bittrex was expected to announce any alterations in exchange policy in time, so that people would be able to withdraw their money.

Since October, many users (not only Iranians but from eastern European countries as well) reported in bitcointalk.org that Bittrex has disabled their accounts, blocking 1 million USD in total without a former caution. Many people have criticized against the actions, but the website authorities do not answer.

In an infrequent response, Bittrex announced:

“As part of a compliance review, we have temporarily suspended certain accounts pending the completion of the review. The total number of suspended, closed, or banned accounts is very limited: less than 0.1% of the total accounts on Bittrex .  More than 99.9% of Bittrex accounts are unaffected.”

“We ask for patience from our highly valued customers.  As for us, we plan to “keep calm, and carry on.”

Although disabling Iranian Bittrex accounts might be following US government recent sanctions against Iran, some people believe that Bittrex looks for taking advantage of bitcoin ascending price trend. Thus, temporarily restricts accessibility to some accounts and uses their fund for trading.

Such unethical actions and lack of commitment for supporting customer’s demands indicates a poor dedication towards users’ assets. When Bitfinex was hacked, they kept being responsive to the customers and finally returned their loss.

Bitcoin and Blockchain are all about decentralizing and hence preventing the third parties from controlling the cross-border transactions and people’s assets. However, through the cryptocurrency history, irresponsible policies, unnecessary regulations, hacks and even inside jobs attacks, have been serious barriers for public enjoyment of decentralized digital currencies.